One of only seventeen V12 examples produced in total for 1934. Exceptional restoration by Auburn-Cord-Duesenberg in Broken Arrow, Oklahoma. One of the most beautiful and desirable of all Auburn motorcars.​

One of just seventeen Auburn Salon Twelves produced in 1934, this magnificent Phaeton is an exquisite example, recently restored to a high standard by marque specialists. Serial number 1250-1189H comes to us via a well-known and respected expert who restored the car to concours standards at the official home of Auburn-Cord-Duesenberg in Broken Arrow, Oklahoma. This car was previously restored to a high standard, as evidenced by a 1992 AACA Senior Grand National First Prize and CCCA Senior badge; however, a road accident prompted its most recent restoration by ACD, completed in 2019. While in Broken Arrow, repairs were made using new-old-stock parts wherever possible, with meticulous attention to detail and correctness. It presents today in beautiful concours condition, retaining all of its unique Salon model components and features.​ 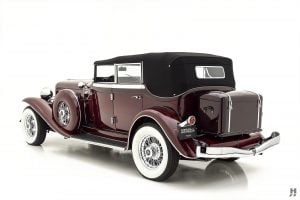 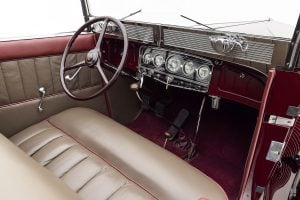 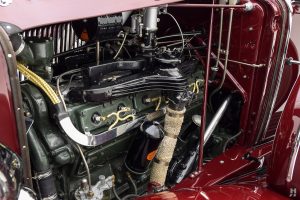