It is with pride that we offer one of the most extraordinary of all surviving Speed Sixes, chassis number LR2778 with Sportsman’s Saloon coachwork by H.J. Mulliner. As a 1930 model, this motorcar incorporates all of Le Mans-inspired improvements, and it wears marvelous, lightweight and sporty closed coachwork. The history of LR2778 is truly remarkable; fully documented by the respected marque historian, Dr. Clare Hay. It retains its original chassis, engine, drivetrain, and bodywork and has never been significantly modified.

According to the Hay Report, LR2778 was finished at Cricklewood with a 13/50 rear axle, C-Type gearbox (case #6826), Bentley & Draper friction front/hydraulic rear dampers and a chrome-plated radiator. The order also specified chrome fittings, 33 x 7.00 tires, and a rectangular Hobson Telegauge. The powerful six-cylinder engine bears number NH2748 with an “S” denoting this as a factory Speed Model. Interestingly, the coachwork was not built to special order by the first owner; rather, records indicate it was built for Bentley stock – with the build records noting “Our Own Body Order.” The four-seat coupe coachwork by H.J. Mulliner was in fashion for the time, with Barker and Gurney Nutting offering their own variations, known interchangeably as a sportsman’s coupe, close-coupled saloon, or fixed head coupe. For their interpretation, H.J. Mulliner employed the ultimate refinement of the patented Weymann technique, utilizing a light, flexible structure skinned in alloy to the beltline, and in grained leathercloth on the roof. Light in weight, it no doubt imparted the powerful Speed Six chassis with breathtaking performance.

Records show the completed car went first to Jack Barclay Ltd. yet was ultimately sold by Duff Morgan Ltd. on October 17, 1930, and exported to India very soon after on behalf of its first owner, the Maharaja of Jaipur, Sawai Man Singh II. Just eighteen years of age when he purchased his magnificent Bentley, Singh no doubt had impeccable taste in motorcars. The young Maharaja was an avid sportsman, with an impressive record in polo, winning the World Cup in 1933. Despite assuming power at just 11 years old, the Maharaja was no mere playboy, and he matured into an astute politician. His efforts to build infrastructure and modernize his home of Jaipur later led to its selection as the capital of Rajasthan, and later, he then served as Ambassador to Spain. The choice of this stunning Bentley reflected his exceptional taste and love of sport. Records indicate the car remained in India through at least 1935, and most likely until two years later. The next entry appeared when it was registered as DUU618 for the new owner, Denis Becker of London. Documents indicate The Maharaja may have consigned the car to Barker’s London showroom, where Becker purchased it in 1937. 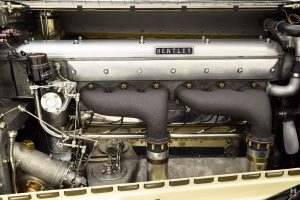 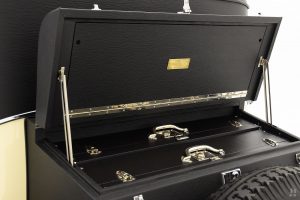 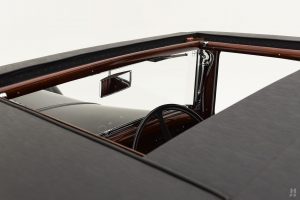 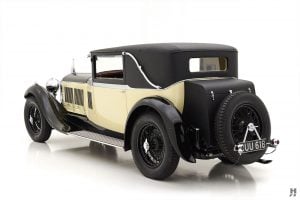