One of just three known examples of Overland’s mighty flagship touring car. Powered by a 50-horsepower Continental inline-six and believed to have fewer than 8,000 miles from new after spending 65 years hidden away on a farm. Sympathetically refurbished and ideal for HCCA tours and similar road events.

Powered by a mighty 50hp Continental inline-six, this 1915 Overland Model 82 is one of only three known survivors of this rare flagship model. According to its previous custodians, this car’s original owner had only driven Ford Model Ts before purchasing this big, powerful Overland. The owner was so intimidated by the dramatically more powerful Overland that he parked it after just a few thousand miles. He then allegedly traded it to a neighbor in exchange for livestock. The second owner rarely, if ever, drove the car and subsequently stored it in their barn. When the car was unearthed some 65 years later, it was remarkably complete, and the Stewart odometer showed just 6,500 miles. It is believed that the 7,900 miles it shows today are authentic. 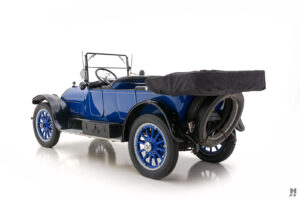 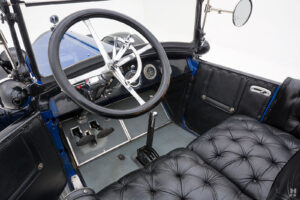 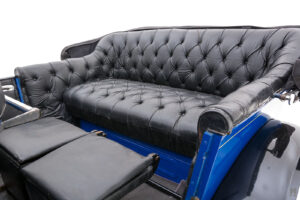