On Thursday, June 19, Mark Hyman testified before a panel comprised of US Department of Commerce members who were accepting testimony related to the Trump Administration’s proposed 25% tariff on all imported automobiles and automobile parts, as a matter of national security. Speaking alongside Mark were several representatives of the automobile industry, representatives of major parts suppliers, and those from other industries that support the supply chain, all of which were speaking out in vehement opposition to this proposal.

Acting as a representative of the classic, collector and special-interest vehicle business, Mark’s testimony focused on the impacts such tariffs would have on our segment of the industry. Not surprisingly, it seemed that those in charge of drafting this legislation had little to no idea that vintage automobiles in America comprise a nearly $180 billion industry, which would be negatively and severely impacted should such proposed tariffs become law.

Mark believes that the Commerce Department representatives were interested and receptive to his testimony and that of others. Our hope is that his efforts and the efforts of all of those enthusiasts, collectors, and business owners who took the time to submit public comments will be heard, and that an exception will be granted to allow vintage vehicles to continue to be imported at the current import duty of 2.5%, and avoid the proposed tenfold increase.

A number of major news outlets and industry publications were on hand to report on this matter, and Mark was quoted in several articles including Bloomberg, CNN Money, and Forbes, among others, links to each are found below.

It is our profound desire that this proposed legislation be heavily revised or scrapped altogether. The potential for damage to virtually every segment of the automobile industry as a whole, including new, used, and vintage vehicles is massive. We hope that the administration listens to the voice of reason in this matter.

Mark and the whole team at Hyman Ltd. will continue to fight for our rights as members of this industry and as vintage automobile lovers ourselves. It has been an honor to represent you, our clients, friends and fellow enthusiasts and we will continue to stay abreast of the situation as it evolves. 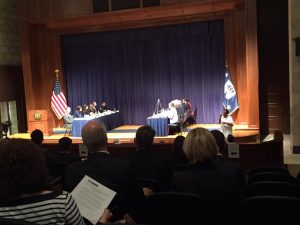 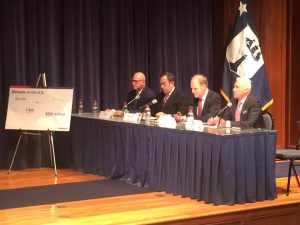 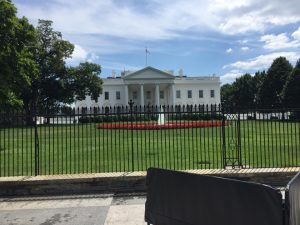 33 Responses to “Update on the Trump Administration’s proposed 25% tariff on all imported vehicles and parts:”