Featured here is likely the only Opel 14/38 PS on American shores, and is one of just a handful of known examples in the world. This beautiful motorcar features the highly attractive original Double Phaeton coachwork and is the subject of a high-quality restoration to concours standards. According to the previous owner, this is one of the only, if not the only Opel type 14/38 delivered to a civilian in 1918. It found its way to Sweden very early on, perhaps from new, and remained there for most of its life. The Opel was used the road until 1939 when the outbreak of World War II forced its retirement from duty. In 1998, Mr. Eric Löfberg discovered the big Opel in Northern Sweden, quietly tucked away where the owners left it some six decades prior. After recovering it from its resting place, Löfberg sold the Opel to Mr. Ernst-August Bremer, a German enthusiast who, upon recognizing the car’s significance, commissioned a full restoration to original specification. 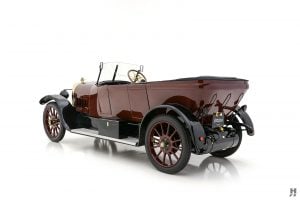 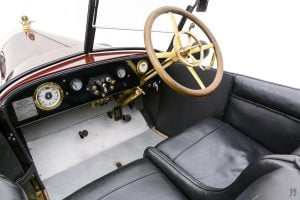 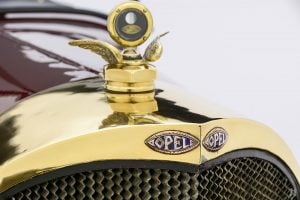