Documented 2-owner car and one of just 153 imported to the US. No expense spared mechanical restoration with 140 horsepower twin cam, uprated suspension. Fast, fun and beautifully presented.​

Our featured example is a rare and desirable 1973 Elan Plus 2S 130 finished in the original colors of Lagoon blue with a metallic silver roof. It is one of just 153 US market cars of this type and is a very well-documented two-owner example that has been sorted at no regard to cost and treated to numerous yet discreet performance upgrades. It presents in beautiful, standard appearance, yet has been thoroughly upgraded to deliver outstanding performance.

Records indicate the Elan was delivered new in 1973 from Lotus Cars UK to the primary East Coast distributor Lotus East of Millerton, New York. From there, it was sold via F.A. Kinsella Auto of New Milford, CT to Boris Churyk of Stamford, CT. Mr. Churyk cherished his Lotus, as shown in a letter to his insurance company dated 1991 which states: “Under no circumstances will anyone other than myself be driving the 1973 Lotus Elan”. He goes on to explain that he bought it new as a present to himself – clearly a man who was passionate about his Lotus! 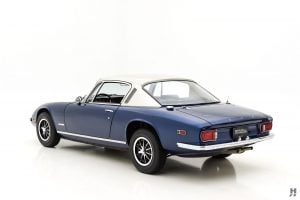 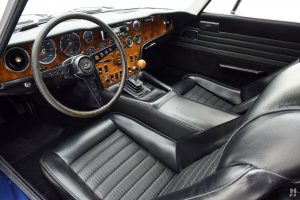 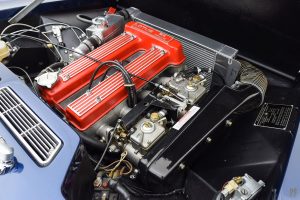 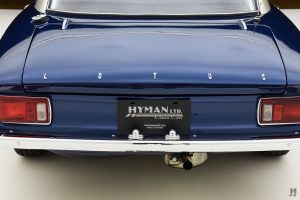