Presented here is a marvelous 330 GTC with well-documented history courtesy of several long-term California owners. Completed by the factory in November 1967, S/N 10927 was shipped to the official Ferrari dealer in Milano, M. Gastone Crepaldi S.a.s. and the first registered owner was a Mr. Arban, also of Milano. In the early 1970s, the car was exported to California, appearing in the care of Mr. Donald Holsworth of San Francisco by 1975. In 1977, Mr. Arthur Rude, also of San Francisco, bought the car and cared for it meticulously for the following 25 years. Numerous receipts, along with a stack of California registration slips, document the car’s history with Mr. Rude, who spared no expense keeping the Ferrari in prime condition during his ownership. Documents from his ownership show he had the engine rebuilt at his local dealer, Walnut Creek Ferrari, among numerous other services. Later, the car had a high-quality bare-metal respray in the beautiful dark red shade it wears today. Other significant service work included reground cams and new rollers, and a rebuilt transaxle in the early 1990s.​ 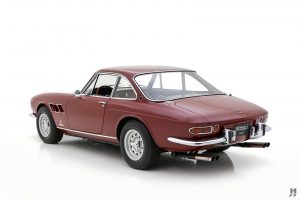 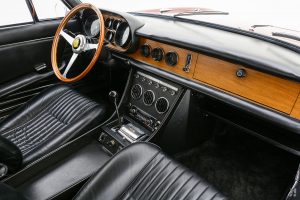 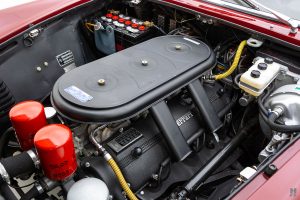