A wonderful, fully restored example of the “Ferrarina” by ASA. A highly collectible piece of Ferrari history and an absolute joy to drive. Rare, exciting and eligible for numerous events worldwide.

We are pleased to offer this rare and exquisite 1967 ASA 1000 GT. This beautifully restored example is one of just 32 original US spec cars, and was first sold on March 16, 1967 via Luigi Chinetti Motors. The original invoice shows this car, S/N 01196, was purchased by Ms. Ruth Lesson of Duanesburg, NY. At $5,967 the ASA was no bargain, and Ms. Lesson traded her 1964 Mercury Comet Cyclone Coupe in for a $1570.00 credit. While the ASA lacked the grunt of the Mercury, it was certainly a step up in terms of handling, build quality and exclusivity. The extensive history file shows it was sold by the Lessons in 1986 to William G. Inglis, a noted Ferrari enthusiast from California. Notes show the car had been off the road since the 1970s, with unknown engine problems. The little ASA remained with Mr. Inglis for many years, and in the 1990s he commissioned the highly respected restorer Mike Regalia to perform a comprehensive, multi-year restoration. The ASA was repainted to a very high standard in the red it wears today, the drivetrain fully rebuilt, and the interior fully restored to original spec using correct style black upholstery. The car traded hands in 2004, joining Ed Brown’s collection in Albuquerque, New Mexico. Mr. Brown enjoyed the little ASA for several more years before selling it on where it became part of another large collection of rare Italian sports cars.

Today, the ASA presents in beautiful condition, the concours quality restoration having matured nicely with some careful use and enjoyment on the road. One of the reasons the ASA 1000 GT was so expensive in its day was its exceptional build quality, and this example does not disappoint thanks to excellent panel fit and fine detailing. The paintwork remains in very good condition, and the delicate chrome bumpers and trim are straight and beautifully presented. The body wears correct Carello lights and ASA/Bertone badging as original. It rides on factory original knock-off alloy wheels, made for ASA by Borrani. The wheels are wrapped in classic-style rubber to round out the period correct look……………………….. 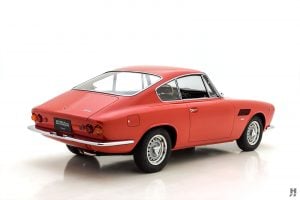 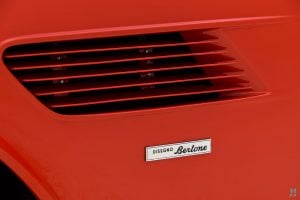 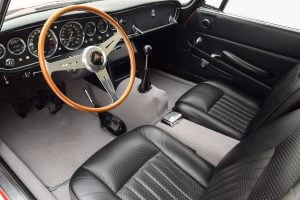 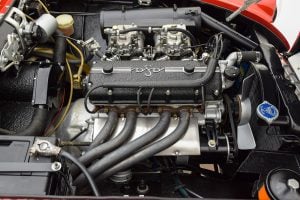