A wonderful example of one of the finest driver’s cars of its era, featuring gorgeous Carrozzeria Touring Superleggera coachwork and desirable 3-carb specification.

This 1966 Flaminia GT coupe is a highly desirable 2.5 model with optional triple Weber carburetors and gorgeous coachwork by Carrozzeria Touring of Milan, distinguished by its quad headlamps and crisp, elegant lines. The white main body is contrasted with a silver-painted roof with matching silver wheels. This history of this handsome Lancia picks up in 1974 when it was purchased by Jeff Cooper from a Giuliano Verna Motors in Bala Cynwyd, PA. Period photos show him enjoying the car in Lancia club events in the late 70s. In 1989, the Flaminia was purchased by a well-known Lancia enthusiast and unofficial marque ambassador, Tom Sheehan. Mr. Sheehan held a large inventory of parts and was a trusted resource for fellow Lancia owners in the USA. He purchased the car mid-restoration, after Mr. Cooper ran out of funds to complete the project. The restoration was completed and he retained the car until his death in 1994, when the car passed through the hands of several other enthusiasts before it found its way back to the late Walt Spak, a trusted Lancia expert and longtime friend and associate of Mr. Sheehan, who remembered the car fondly. Mr. Spak’s engines have powered concours winners from Pebble Beach to Amelia Island and beyond. Spak embarked on a comprehensive and meticulous rebuild of all mechanical systems (including the engine from the crankshaft up), which he estimated at 950 man-hours and over $40,000 in parts and machine work. Following Mr. Spak’s time, it found a home in a prominent collection of Italian cars, but the dealer who sold it very quickly bought it back for his own use, as he was so very fond of this elegant Lancia. 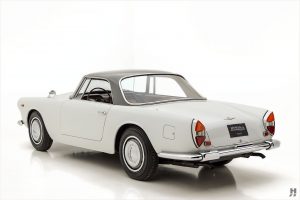 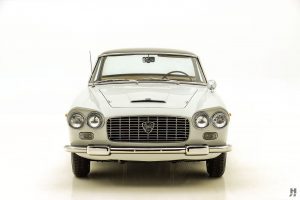 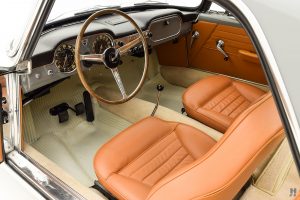 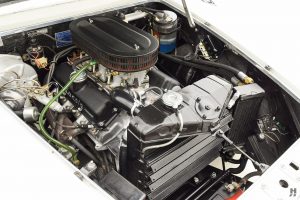