A fabulous example of this iconic Swedish sports car. Fully restored and one of the finest P1800s we have had the pleasure to offer.​

In 1960s Sweden, Volvo was well-established as a manufacturer of rugged, dependable cars with solid sporting credentials. But their slightly stodgy and austere appearance meant they were unfairly dismissed as quirky and eccentric, particularly among American buyers. But for those in the know, the PV444 and PV544 saloons were quite entertaining to drive and the Volvo four-cylinder engine was virtually bomb-proof and capable of making big power when tuned. In an effort to improve its sporting image, Volvo introduced the P1900 sports car, a fiberglass bodied machine with a tuned “B14” engine that produced 70 horsepower. Unfortunately, it did not live up to Volvo’s usual standard of quality and only 68 examples found buyers. 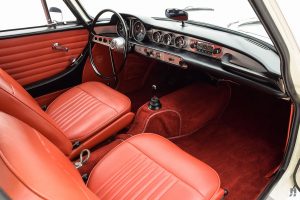 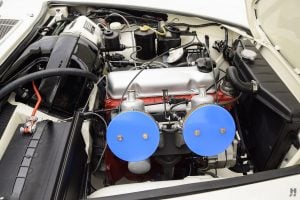