A striking example of Facel’s stately limousine, benefiting from a recent restoration. Part of an extensive collection of Facel automobiles since 1971. Equipped with 5.9 liter Chrysler V8 and a rare factory sunroof.​

The 1961 Excellence offered here is a later production EX1 and is one of approximately 113 known surviving Excellence sedans. This car enjoyed long-term ownership on the East Coast of the United States since 1971 when the most recent owner purchased it from Pennington Enterprises in New Jersey. The early history is not known, although factory records indicate this car was one of a select few US models delivered new through Max Hoffman Imports. More recently, it has undergone a cosmetic restoration of the body and interior, presented in a striking livery of bright blue over a tan leather interior. This EX1 is well-equipped with Chrysler’s 5,907 c.c. Wedge V8 topped with a single four-barrel carburetor. Other features include the pushbutton Torqueflite automatic transmission, electric windows, air conditioning, and a sunroof – one of just three known Excellences so equipped. 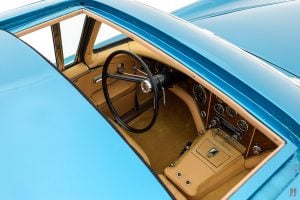 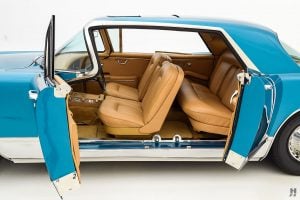 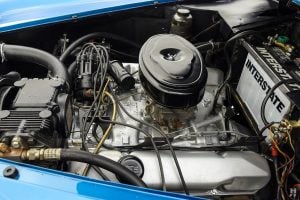