One of only three left-hand-drive “Four Light” Flying Spurs, showcased at the New York Auto Show in 1959. Original engine, gearbox, and coachwork. Exceptionally maintained and prepared for touring in comfort and style.​

Offered here is chassis number BC41LFM, one of only three left-hand drive, four-light S1 Continental Flying Spurs constructed. According to records provided by the Rolls-Royce Foundation, this car left England aboard the S.S. Andria, arriving in the United States in March 1959 in time for display at the New York Auto Show. After the show, the famous dealer J.S. Inskip delivered the car to its first owner, Mr. Vincent Shea of Manhattan, a regular Rolls-Royce and Bentley customer. The hand-written build sheet describes the unique specification, including a radio with power aerial, under-bonnet horns, power-assisted steering, Dunlop white-wall tyres, and even such minutia as coachwork instructions, a tin of polish, and the cheeky “anti-hobo door locks” in what is perhaps a playful jab at the car’s intended home of New York City. The Schoellkopf card lists just three subsequent owners through 1986. In recent years, the Bentley made its way overseas, and in approximately 2011 it received an extensive mechanical overhaul by marque specialists Padgett Motor Engineers in England. It returned to the ‘States shortly thereafter and has since enjoyed a life of regular use and care.​ 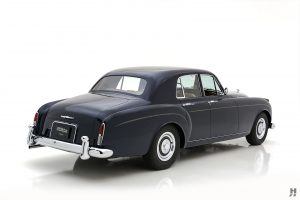 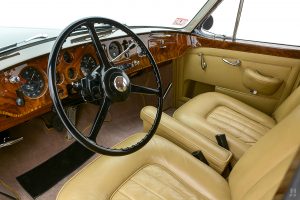 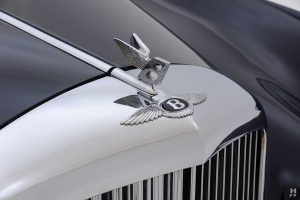