One of just 49 of the highly-prized fuel-injected W188 Cabriolet A models built. Recently emerged from long-term slumber and highly original. Among the most sought-after post-war Mercedes-Benz automobiles.​

Presented in unrestored condition is this highly desirable, fuel-injected 1956 Mercedes-Benz 300 Sc Cabriolet A. The Cabriolet A is the rarest of the three body styles offered by Mercedes on the W188-II chassis, with just 49 constructed in total (vs. 53 roadsters and 98 coupes). This incredible motorcar has had just two family owners from new, and it presents in unrestored condition with its original interior and numbers-matching engine with Bosch injection intact. A hand-written letter by the previous owner recounts how he acquired the car from a wealthy couple in the 1960s. The first owners, Mr. and Mrs. James McDonald III, purchased the car while living in Germany in the late 1950s, using it there for a brief time before shipping it to their new home in California. They enjoyed the Mercedes-Benz at home in the Bay area and on their ranch in the Napa Valley. At the time, the McDonalds became friends with the gentleman who would become the second owner, an in-home physical therapist who treated Mrs. McDonald. When the McDonalds announced they were moving to Hawaii and could only take two cars, they sold the Mercedes-Benz to their friend, the therapist, and it has remained in his possession ever since. In the same letter, he describes having the car serviced at the British car dealer in Van Nuys, California, before finding happier arrangements at a Mercedes dealer near Stanford University. He continued to use the car for some time, all the while taking great care to maintain it in excellent condition. At one point in the 1970s, the car was put up for storage in their new home in the upper Midwest, where it remained quietly tucked away until only recently.​ 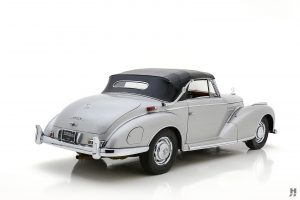 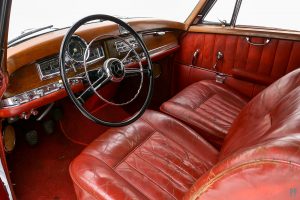 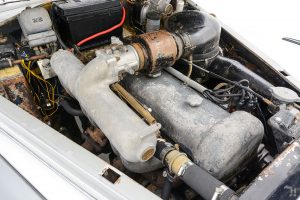