A Truly dramatic show car penned by Brooks Stevens and built by Spohn Karosserie on a 1955 Cadillac chassis. One of two known to exist, was used personally by the Stevens family. Presented in highly original condition.

Brooks Stevens is one of America’s great industrial design masters. Practicing design much in the same way his contemporaries like Raymond Loewy and John Vassos, Stevens designed products, machines and logos in virtually any industry, amassing a huge and diverse portfolio that covered architecture, industrial design and graphic design. Some of his most notable projects include the Miller Beer logo, the Evinrude Lark outboard motor, and the world-famous Oscar Meyer Weinermobile. His iconic design for the 1949 Harley-Davidson Hydra Glide is still in use on today’s Heritage range. Of course, the automobile industry played a huge role in Stevens’ illustrious career. He is perhaps best known for his work with Studebaker, redesigning the Grand Turismo Hawk on a miniscule budget, and also the Jeep Wagoneer, a design that remained virtually unchanged from 1963 through the model’s discontinuation in 1991. He also designed the original Excalibur sports car in conjunction with Kaiser, and the subsequent “neo-classic” models that came after. But one of his earliest contributions to the motoring industry came in 1955, with a car that he hoped would introduce American V8 power, as well as the Brooks Stevens name, to the European marketplace. 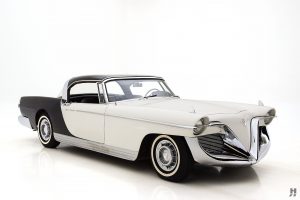 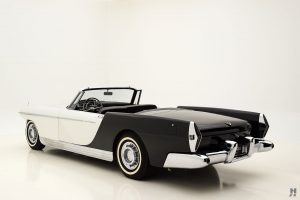 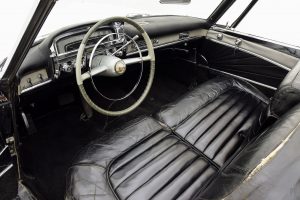 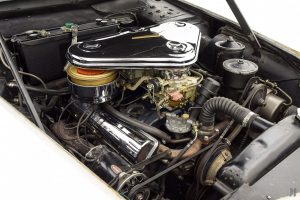