One of a handful of authentic 500 S sports cars known to exist. Documented race history including at Pebble Beach and Sebring 12 hours. A rare opportunity to acquire one of America’s finest home-grown sports racing cars.​

Among the approximately 25 Kurtis Kraft 500 S roadsters built, chassis number 015, also known as The Murphy Special, is one of the most fascinating and unique. This car, presented here with a Pebble-Beach class-winning restoration, has an impressive record of race wins and podium finishes that came primarily with its first owner, Mr. Bill Murphy. Based in Culver City, California, Bill Murphy was a life-long car guy who ran one of the most successful Buick dealerships in America. He was already a successful race car owner, running a series of Kurtis-Kraft Midgets for local hero Sam Hanks. However, this new Kurtis would be Bill’s personal steed to use in the rapidly growing West Coast sports car racing scene.

In 1953, Bill Murphy ordered his 500S directly from Kurtis-Kraft in Los Angeles. Considering Murphy already owned several Kurtis cars, it is not surprising to learn the 500S he had built was no off-the-shelf effort. It is believed that Murphy bought a used Indy Car to obtain the trick quick-change rear-end and aircraft-inspired disc brakes made by the legendary Conze Brothers Machine Shop in California. Of course, Buick power was the only way to go for Murphy, who supplied a brand new 322 cubic-inch Nailhead V8, which he later claimed made upwards of 300 horsepower on fuel injection and was good for an estimated 180 miles per hour. 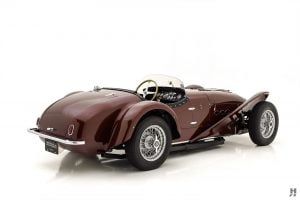 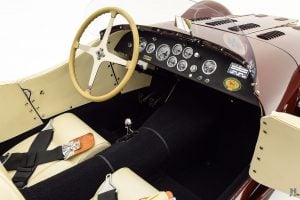 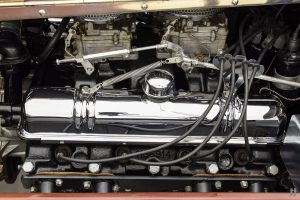