Presented in its handsome original livery of Post Office Red and with numbers-matching engine, this 1952 Aston Martin DB2 Saloon is a lovely example that is prime for enjoyment in countless events worldwide. Documentation shows LML/50/102 was originally delivered via Denver Imported Motors of Denver, Colorado, though the first owner’s name was not listed. Both the British Motor Industry Heritage Trust Certificate and factory service card show the car was delivered in Post Office Red over a red-piped black interior and that the car was uprated to Vantage spec prior to delivery. The second owner is noted on the service card as G.S. Toll, Esq. of Norwalk, California, although the history goes quiet from there. Eventually, the DB2 would make its way from the San Francisco Bay Area across the Pacific to Malaysia. It is presumed that once in Malaysia, it was converted to RHD to suit that country’s left-side traffic laws. In the early 2000s, LML/50/102 was acquired by a German living in Kuala Lumpur who subsequently treated the car to a comprehensive mechanical restoration centered on a full engine rebuild, the process of which has been well-documented through a large binder of receipts. Following its return to the USA, it joined an East Coast collection where recently it was extensively sorted and serviced to make it “on the button” and enormously entertaining to drive. 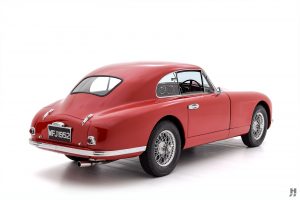 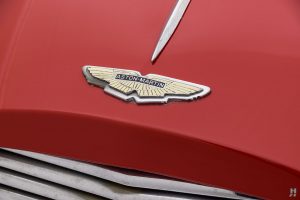 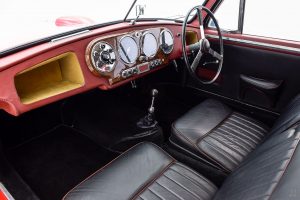 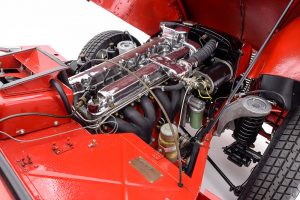