We are thrilled to offer this truly outstanding 1952 Allard J2X, chassis number J2X3042. Fully restored and prepped for rally duty, this is a proven and reliable example that benefits from a comprehensive, nut and bolt restoration performed by a highly respected specialist. The earliest history of car #3042 begins at the end of February 1952 when, according to marque experts, it was delivered (less engine) along with its sister car (#3043) to Noel Kirk Motors, the famous Los Angeles Allard dealer. According to the Allard Register there is a gap in the paper records for our subject car, but the build sheet for #3043 indicates preparation for a Cadillac engine, and experts believe that since both cars were shipped at the same time they would have been prepared in the same spec, which was typical practice for Allard. The first owner’s name is unknown, but it was owned by the late Evan Enninger of Downey, California beginning sometime in the 1960s. Mr. Enninger, a former B52 pilot, bought the J2X from his neighbor (allegedly for $35!) but apparently never drove it even once, instead keeping it tucked in his garage for the next 20-plus years. In the 1980s Enninger sold it to a Ferrari dealer in California for $25,000. Photos show the car in complete condition, with its Cadillac engine still in place. It was finished in red livery as original, with wide wheels and aftermarket side pipes.

After a light refurbishment the J2X was eventually sold in the early 1990s to two partners from Phoenix, AZ; Dr. Bob Dunne, a neurosurgeon, and Snuff Garrett, a music producer. After buying out his partner, Dr. Dunne entrusted the Allard to the highly respected Jaguar restorer and collector Terry Larson of Arizona for restoration work. It competed in the Copperstate 1000 in 1991, and Dr. Dunne sold it shortly thereafter. In 1997, Andrew Simpson of Texas would purchase J2X3042, eventually handing it over to the renowned Allard specialist John Harden of The Vintage Connection in Oklahoma City. Mr. Simpson was an avid vintage racing enthusiast and he charged Harden’s shop with restoring the Allard true to original specification, while making it a fast and dependable car for touring or track……………………………………………. 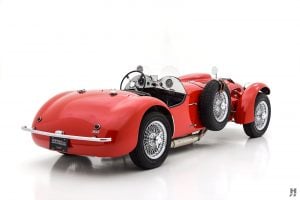 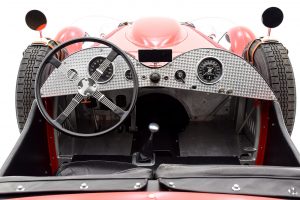 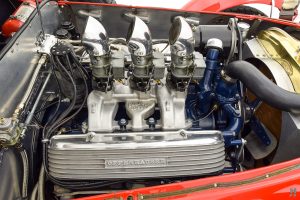