A proven veteran of numerous tours and rallies, now fully restored to concours standards by The Vintage Connection. Fast, thrilling and beautifully presented.

We are delighted to offer this outstanding 1953 Allard J2X-Cadillac. One of just 61 survivors known to The Allard Register, J2X 3077 is an exquisite example of the breed with a rich and fascinating history. The earliest provenance is not fully known; however, it is believed that the car left the factory in October 1952 and was delivered with a Cadillac 331 V8 and Lincoln 3-speed manual transmission. Previous owners include Don Marsh as well as Tiny Gould; who is considered one of the “founding fathers” of the collector car business. The most recent owner acquired the car from a UK-based collector in 2001.

Chassis number 3077 was actually his second J2X, as he had purchased a new one in 1953 and drove it for several years before joining the military. He regrettably sold that first car to a friend and always kept track of it, vowing to own another one day. After acquiring J2X 3077, he amassed over 30,000 miles, driving it from his home on the East Coast to numerous events, shows, Allard gatherings, and rallies around the country; without the benefit of such modern conveniences as a full windscreen or a heater. The car was driven to Texas, where it participated in the Texas 1000 Rally and was driven home. He also took the car on an epic 6000 mile coast-to-coast round trip to Seattle, participated in the Colorado Grand, Mountain Mille and a drive down the East Coast to the Amelia Island Concours d’Elegance. He reported to us that even the Allard family suggested that he had covered more miles in a J2X than even Sydney Allard himself! 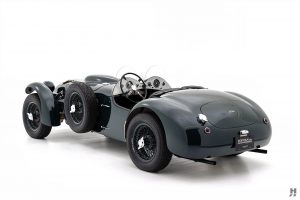 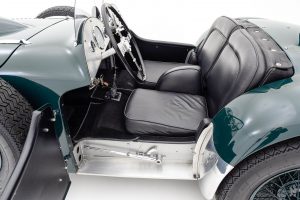 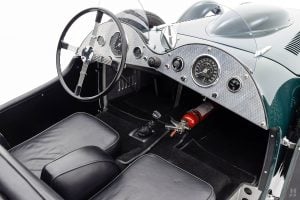 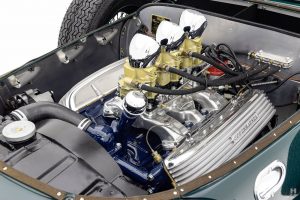