An award winning, concours restoration finished in its original colors. One of the last Mercedes to be truly hand-built at the historic Sindelfingen works.

Mercedes-Benz has been a manufacturing powerhouse for over a century, and during World War II, its factories were highly valuable targets for Allied bombers. Many of their manufacturing and design facilities were heavily damaged, but despite this, the company was quick to resume automobile production after the war. The first post-war cars were the W136 170 V sedans which traced their roots back to the late 1930’s. These bread-and-butter sedans served as solid, reliable transportation in the austere post-war years and became popular with taxi and delivery drivers. But as Europe recovered and production of the 170 V increased, so too did demand for more luxurious and special models. To meet this demand, the 170 S was introduced. The first special-class car to be built by Mercedes-Benz after the War; the 170 S had a more powerful engine than the 170 V, as well as improved front suspension, revised styling and a more luxurious and spacious cabin. Power came from an uprated version of the 1.7 liter inline four-cylinder engine, producing 53 horsepower and 82 ft-lbs or torque. The 170 S was offered as a handsome saloon, full four-seat Cabriolet B and sporty Cabriolet A. Open cars were meticulously hand-built at Mercedes’ Sindelfingen Carrosserie, where they were luxuriously trimmed with leather and wood. While Mercedes was still many years away from officially designating “S-Class” as its flagship range, many feel that the 170 S is its spiritual predecessor. With the 170 S, Mercedes-Benz had marked its return to the top of the luxury motorcar market. 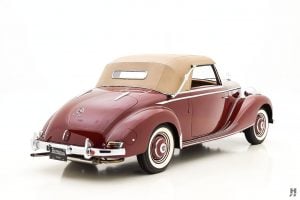 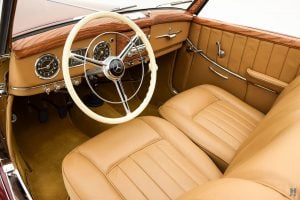 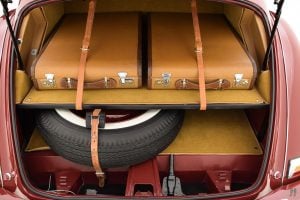 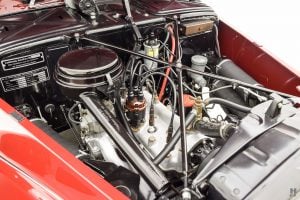