A stunning example of the legendary Cad-Allard. Expertly restored to a high standard and fastidiously maintained since. Truly gorgeous and wonderfully suited for road events or historic racing.

Our featured Allard J2 is chassis number 99J 2124, a wonderfully restored example with a fascinating history. According to information compiled by the late Allard historian Tom Lush, this chassis was delivered to Finland in November 1951 and is one of three cars that were sent there. Additional information provided by the current keeper of Mr. Lush’s archives reveals the car was likely cream over a red interior when new. It seems that the Allards were formidable competitors in sports car events throughout Finland and a photo exists of what is likely this car, running in the Finnish GP in Helsinki. Limited race history is known, though a copy of the Allard Register from 1986 shows this car (along with J.2017) was still in Finland at the time, owned by H. Sukman.​

In the early 1990s, 99J 2124 was in the possession of noted collector, restorer, and historian E. Dean Butler. Butler sold the car as a restoration project to a fellow collector from Cincinnati, Ohio, who commissioned Butler’s highly respected restoration shop, Zakira’s Garage, to return it to its former glory. The body restoration was performed in England by craftsmen using the same traditional methods and even the original bucks originally employed by the Allard factory. Painting, fitting and finish work was done by the craftspeople at Zakira’s. The fully-built Cadillac 331 V8 and period-correct Ford 3-speed gearbox were mated with the restored chassis and the comprehensive restoration was completed in 2000.​ 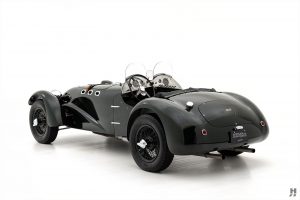 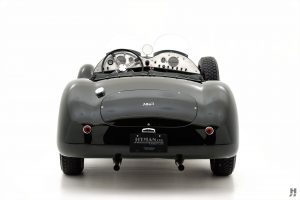 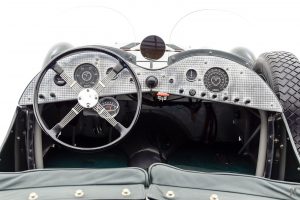 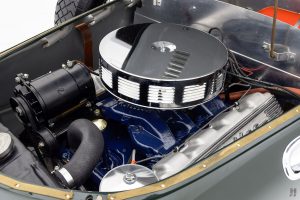