A highly desirable and rare coachbuilt Packard, one of 35 produced in 1941. Known history from new, shown at the 1956 Pebble Beach Concours d’Elegance, and long-cherished by a series of passionate owners. A beautiful Darrin Packard, full of character and ideal for touring.​

On May 29, 1941, Mr. Howard Viet of Pebble Beach, California, purchased this striking Packard Custom Super Eight One-Eighty Convertible Victoria from official dealer Stahl Motors of Monterey. Recently retired after selling his New York textile business, Mr. Viet no doubt fit right in on the Monterey Peninsula with his glamorous new Packard. After the war, he was appointed by President Truman to go to Germany and aid in rebuilding their textile industry. Howard Viet died in the early 1950s, yet his family was reluctant to sell his beautiful Packard. In 1955, Viet’s friend and colleague Mark Raggett of Carmel, California, was able to buy the car from Mrs. Viet. She only felt comfortable selling it because the two men had been such good friends.​ 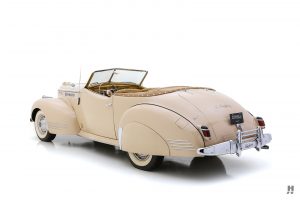 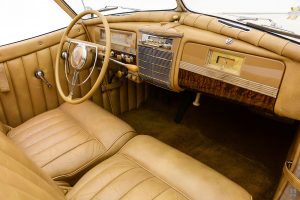 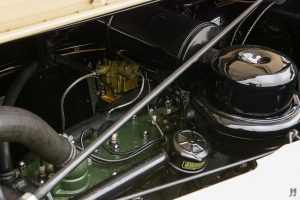