This handsome 1939 Packard 1708 Twelve Brunn Touring Cabriolet is a fine example of this exclusive model with known history from new. It was first purchased by the Armour family of Chicago who were proprietors of one of the largest, most successful, and sometimes notorious meatpacking companies of the era. The family retained the Packard in their fleet through 1950 when it was purchased by Hal Davock of Fort, Lauderdale Florida. Mr. Davock was a pioneer in the collector car world who valued these special-bodied early Packards at a time when many of them were simply treated as “used cars”. He cared for the car for nine years before passing it to George Tilp of New Jersey.

Mr. Tilp was a fascinating character. He was a trained engineer who had turned his father’s metal stamping business, Adams Industries, into a hugely successful operation. Tilp possessed a great love for cars and racing, and he was one of the most influential players in the early days of the SCCA. While not a racer himself, he owned numerous race cars, including an Aston DB2/4 powered by an Offenhauser four-cylinder that was raced by Walt Hansgen, an Offy-powered Ferrari Mondial, and several factory-backed Mercedes 300SL racers. Tilp also served as a primary sponsor for a young Phil Hill as he was starting his career in motorsports, and the two remained good friends until Tilp’s death in 1979. Aside from his racing exploits, Mr. Tilp had an affinity for classic machinery, and this Packard Twelve was counted among his proud fleet that also included a V16 Cadillac and even a restored Pullman Coach. Whilst in his care, Tilp had the Packard returned to its original shade of Brunn Ruby, and actively enjoyed the car, winning numerous CCCA awards along the way. 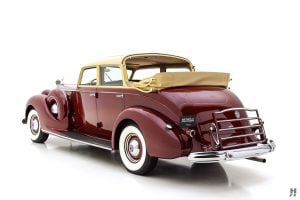 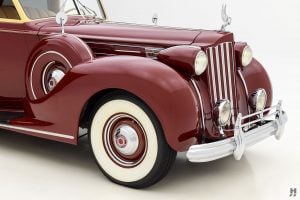 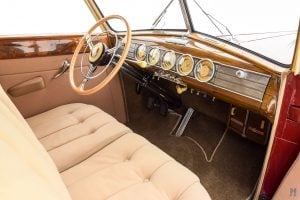 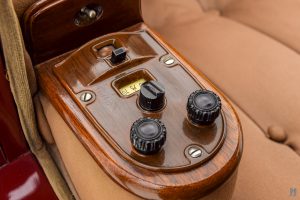