An extremely rare coachbuilt MG by Salmson & Sons. Meticulously restored by a marque expert and updated with period accessories, and fitted with an under-bonnet Marshall Nordec blower. Recipient of a class award at the 1999 Pebble Beach concours, and beautifully maintained in superb order.​

We are delighted to offer this gorgeous 1939 TB Tickford, one of approximately thirty known examples of its kind. This charming and desirable pre-war MG features a Pebble Beach award-winning restoration finished in period-correct colors and with a host of period-correct accessories. According to the previous owners, chassis TB0335 was first registered in England on July 10, 1939. It remained in the UK until the late 1970s, when it was sold by MG specialists Octagon Sports Cars of Kent to an American from Castro Valley, California. At the time, the car was purported to have its original engine and coachwork but in need of refurbishment. The new owner set about restoring the car in the early 1980s but passed away midway through the project. Mr. Neal Kirkham purchased the TB from the estate and spent the better part of a decade carefully researching and collecting rare parts and accessories in anticipation of a comprehensive restoration.​ 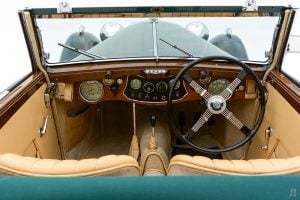 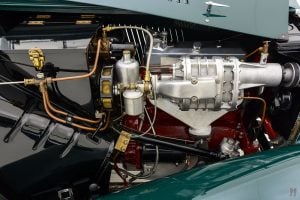