A masterpiece of streamline styling, beautifully restored by a marque enthusiast. Equipped from new with radio, heater, and Columbia 2-speed axle. LCOC Best in Show award-winner, finely detailed and fabulous to drive.​​

This stunning 1939 Zephyr is a beautiful example of the elegant and highly desirable 3-window coupe. Fully restored to a very high standard, this rare Zephyr is one of just 2,500 of this body style built in 1939. A copy of the build ledger from The Henry Ford shows this car was completed on November 25, 1938, and delivered new via the Fargo regional branch. Optional equipment included a radio, heater, defroster, and Columbia two-speed rear axle. Finished in Coach Maroon (which it wears today), it is believed the Alworth family of Duluth originally purchased this car. The Alworths were wealthy landowners, developers, and iron ore miners whose interests spanned across Northern Minnesota and Wisconsin. According to information from the previous owner, this car was chauffeur-driven during its time with the Alworths, which is quite unusual considering the 3-window coupe was a sporty “personal” luxury car for the owner-driver.

Following a long period with the Alworth Family, the Zephyr was acquired by fellow Minnesotan and avid marque enthusiast Lloyd Pearson. Photos from approximately the 1970s show the Zephyr Coupe in remarkably good condition, presumably thanks to the gentle use it saw while serving the Alworths. Mr. Pearson is a well-known figure in the Lincoln & Continental Owner’s Club as well as the AACA, having owned and restored several very important Zephyrs and Continentals through the years. Following a careful restoration in the late 1980s, this Zephyr Coupe was shown extensively in LCOC regional and national events where it racked up numerous awards, including Best in Show at the 1989 Eastern National Meet, as well as receiving the Edsel Ford Trophy in 1992 and again in 1996. Furthermore, it participated in the prestigious Meadowbrook Concours in 2001. The Pearsons owned their beautiful coupe for many years, selling it in 2013 to the third and most recent owner; a collector of important late pre-war and early post-war American cars. Under his ownership, the Zephyr was expertly maintained in top cosmetic and mechanical condition and regularly used on the road. 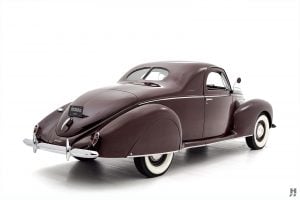 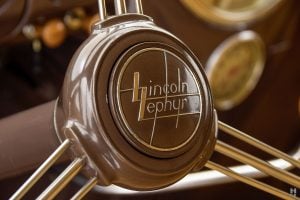 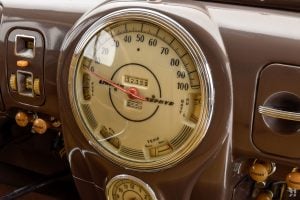 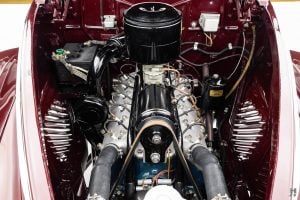