We are honored to offer chassis number 12358 – one of just six LG6 Rapide Dropheads built. This magnificent automobile features four-place drophead coupe coachwork, designed in-house by the great Frank Feeley. According to the accompanying original registration logbook, it was first registered “DFG 800” on June 14, 1939 to Lieutenant-Colonel Michael Lindsay. Lt. Col. Lindsay would own this car until 1953 and it is said that he drove the car as the name implies, and thoroughly enjoyed every moment of it. This LG6 would have been one of the fastest cars of its day, and Lindsay would recall many years later that he was only passed once in 14 years behind the wheel of DFG 800! His exploits were mostly trouble free, though in 1940, while traveling the motorway at 100 mph speeds, he cooked the engine, prompting a warranty replacement by the factory, which is the unit it wears to this day.

The LG6 would pass to Mr. Patrick Alexander R. Lindsay from 1953-1960, then to James Dutton Knight of Rolled Steel Products from 1960-1964. It then found a long-term owner in Michael Edward Malone who cared for the Rapide from 1964-1984. In 1984, 12358 was acquired by noted Lagonda collector, enthusiast and marque expert Bernd Holthusen of Germany. It was upon his acquisition of the car in 1984 that he spoke with then-General Michael Lindsay who recounted tales of his high-speed adventures and how much he enjoyed his time with this very special car………………………………………… 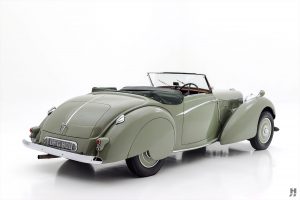 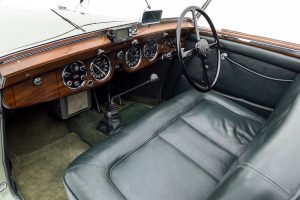 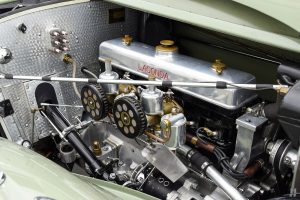