A breathtaking example of French Art Deco styling courtesy of the great Georges Paulin. Fresh concours-level restoration, dialed-in for touring enjoyment. A superb sporting motorcar for entry into premier concours and driving events the world over.

This outstanding Peugeot 402 Darl’mat Légère Special Sport is one of 53 roadsters originally constructed, and one of approximately 30 known survivors of all body styles. It is the subject of a recent concours-quality restoration finished in stunning light metallic silver over blue leather. It is a beautifully prepared example, suitable for premier motoring events around the world. This particular chassis has a well-known history back to the 1960s when it was in the care of noted collector Henri Mallatre of Lyon, France. Mallatre operated a salvage yard in the late 1920s, and his car collection started in the early 1930s when he received an 1898 Rochet-Schneider and didn’t have the heart to dismantle it. He saved many historically significant automobiles from the scrap heap, as well as the Nazi occupation. He managed to survive internment at a concentration camp to return home and grow his collection for many years after the war. Mallatre’s legacy lives on in a museum that is still in operation today. It isn’t entirely clear when Mallatre acquired this Darl’mat, but he sold it in the late 1960s to a collector in Switzerland who commissioned the first restoration in the early 1970s. It quietly changed hands a few times, winding up in the USA by the late 1990s. In the early 2000s, it had some further restoration work done, and remained in fine condition in the care of collectors. 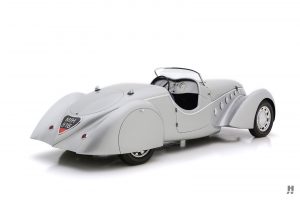 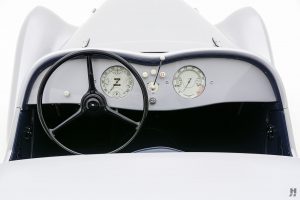 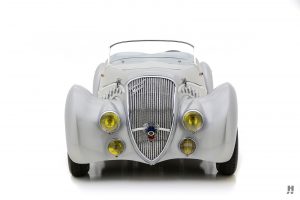