Fleetwood’s elegant Imperial Sedan, the subject of a complete nut-and-bolt restoration. A beautiful and thoroughly enjoyable sixteen-cylinder Cadillac that is ready for show or tour.

We are pleased to offer this outstanding 1938 Cadillac Series 90 V16, wearing the elegant and imposing Imperial Limousine body with division window, style number 9033 from the Fleetwood Catalog. It is one of just 95 built, equipped from new with numerous interesting options and features. The factory build sheet shows this car was specified with dual heaters, footrests in the rear, radio, special upholstery, and opening rear quarter lights. This unique Cadillac was delivered through John D. Wendell Cadillac of Albany, New York and is believed to have been purchased new by Herbert Lehman, who served as New York’s Governor from 1933-1942. Lehman’s ownership has yet to be verified, however, subsequent owners are known to include Clarence Stanbury, who owned it from 1968-1988, followed by Keith Isoman of Hornell, NY who kept it from 1988-1993. The next owner was Gene Kahn of Coupeville, Washington who was responsible for this breathtaking, concours-quality nut-and-bolt restoration. The car was sound, complete and rust-free, yet the project consumed six years, costing Mr. Kahn more than $160,000. Since its stunning restoration, it has had two subsequent owners and logged fewer than 3,000 miles.​ 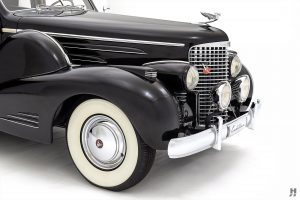 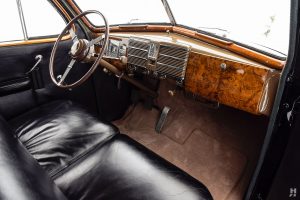 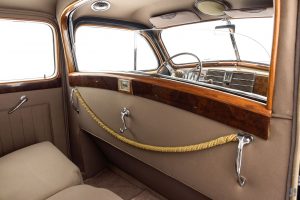 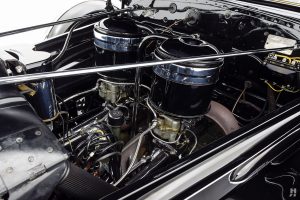