A spectacular bespoke Phantom III by Thrupp & Maberly, as built for the Maharaja of Darbhanga. An incredible opportunity to acquire one of the most stunning Maharaja Rolls-Royces ever built, and one of just a few to be sold outside of India.​

We are honored to offer one of the most beautiful of all Maharaja Rolls-Royces: The Phantom III Disappearing Roof Drophead by Thrupp & Mayberly, serial number 3AZ178. This magnificent automobile was famously owned by His Highness Maharaja Bahadur Sir Kameshwar Singh, otherwise known as the Maharaja of Darbhanga. Maharaja Kemeshwar Singh was one of the wealthiest state rulers in India, amassing a huge fortune through his vast array of business interests in India and abroad. He holds the distinction of being the last titled ruler of the Raj Darbhanga state, as India gained independence in the late 1940s and he did not name an heir.

The provenance of 3AZ178 is quite fascinating. It is somewhat unusual that the Maharaja was not the original owner of this particular chassis. That honor goes to Joseph Coppinger of London who took delivery in September of 1936, the car equipped with Barker limousine coachwork. But by December of the same year, the car had been sold to the Maharaja of Darbhanga, who commissioned Thrupp & Mayberly to construct this staggeringly beautiful and daring coachwork, one of just two Phantom III chassis so equipped. The original limousine body was not wasted, as it was installed on another one of the Maharaja’s PIII chassis. It isn’t known exactly why Mr. Coppinger parted with his Phantom III so quickly, but it is believed that the Maharaja was open to the idea of a gently owned chassis as it drastically shortened the delivery time and allowed him to get an essentially new car in a fraction of the time. The Phantom was used for touring in Europe by His Highness before being shipped to India in 1938. At that time, it was only the second Phantom III to be dispatched to India, surely a point of pride. 3AZ178 remained a prized feature of the Maharaja’s stable through the time of his death in 1962………………………… 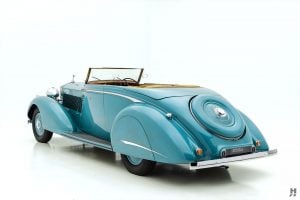 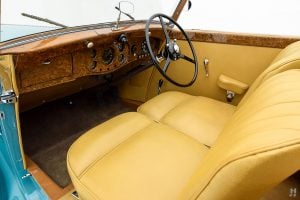 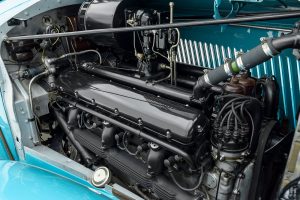