This magnificent 1936 Pierce-Arrow Twelve is a very special automobile wearing one-off coachwork built by Derham Body Company per a commission by the Pierce factory. Pierce-Arrow generally favored Brunn for their production bodies, but Derham Body Company of Rosemont, Pennsylvania was likely chosen for this flagship design because of their impeccable reputation for quality, attention to detail and style. This unique Town Car was built with the intention of offering it as a premier “catalog custom” for top tier clientele, however, given the tumultuous financial state of the firm, the body was never cataloged for the 1937 model year and this remains the only example produced. After being shown, it was sold by the factory to the flamboyant and wealthy Charles Cobb Walker of Manchester, Massachusetts, one of the factory’s best customers in its later years; he bought three Pierces in 1936 and 1937, reportedly going so far as to arrange for consecutive serial numbers.

In the years following the Second World War, Walker’s estate, including the three Pierces, was sold to lumber magnate John Grossman, who then sold our subject Derham Town Car on, where it found several short term owners. It eventually was acquired by Loren Holland of New York who sold it to a noted Pierce-Arrow enthusiast Bob Sands in 1975.  Over the course of the next seven years, this Pierce Town Car received an award-winning restoration. In 1990, it was featured in The Classic Car, Beverly Rae Kimes’s famous book, in which Mr. Sands noted, “It drives and rides like a Pullman car. Its looks, appointments, styling, and quality can be best summed up as the closest an automobile can get to a palace on wheels.”…………….. 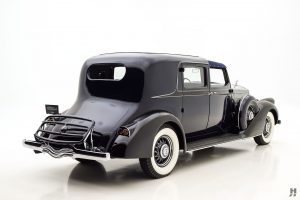 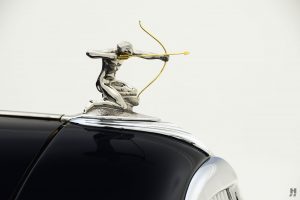 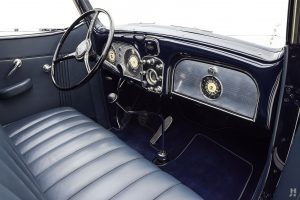 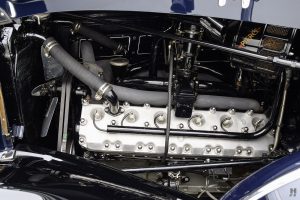