It is with great pleasure we offer this 1935 Galibier Saloon, a handsome and usable example that is wonderfully suited for touring in the grand tradition of the Bugatti T57. It has been treated to recent mechanical care courtesy of a West Coast specialist and is presented with a charming patina that encourages enjoyment on the road. According to the car’s history file and correspondence with American Bugatti specialists, it is based on an early Series 1 chassis and running gear, while the body originates from a later Series II car. Such combinations are not uncommon in the Bugatti world, as many cars were separated from their original coachwork during WWII, or utilized for parts over the years. Little is known of this car’s earliest history, though it is understood that this Galibier body came from a later chassis. In the 1970s, the Bugatti was in France, owned by Adrien Maeght. Mr. Maeght was part of a famous family of art dealers and patrons, who maintained a spectacular collection of artworks, held across galleries in Paris and Barcelona, and Nice. In addition to priceless works of art, Adrien collected automobiles, with a particular fondness for Bugattis. He maintained a private motoring museum, and he published Antoine Raffaelli’s fabulous book, Memoirs of a Bugatti Hunter. A copy of a French registration in Maeght’s name is included in the history file. It was sold from the Maeght collection in 1994, purchased by A. Arman, also of France, who preceded two additional short-term owners.​ 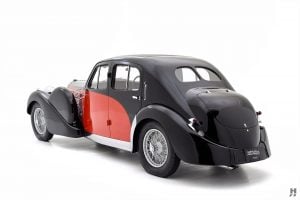 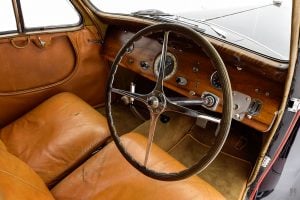 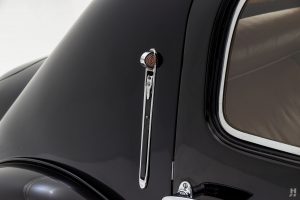 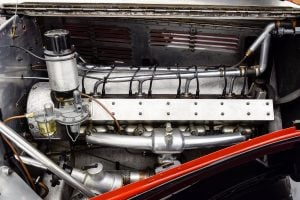