The most desireable MG road car ever built. Beautifully and authentically restored by marque specialist Tom Metcalf. Accompanyed with a fascinating history and period upgrades. Elligible for numerous concours and historic motoring events.

Ultimately, a mere 20 of the road-going K2s would be built, numbered from K2001 through K2020. While the K2 was built in fewer numbers than the K3 (33 built), most K2s have been converted to look like their competition counterparts, with cycle fenders and torpedo-style coachwork. This competition pedigree means that very few have survived intact, and those scant few examples that do remain are counted among the most highly coveted and valuable of all pre-war MG sports cars.

It is with great pleasure that we offer this rare and highly desirable 1933 MG K2 Magnette, chassis number K2010. This stunning motorcar features numerous rare components which were fitted in period, enabling this car to achieve performance equal to that of its race-bred K3 sibling. According to the original build sheet and numerous records from the MG service department, the first owner of this car was Mr. C. Reyersbach, ESQ, of London who purchased it new in 1933 via University Motors. It seems Mr. Reyersbach was quite picky about the performance of his new MG, as we can see through a number of service and tuning requests, which included the fitment of the K3 type preselect gearbox. Through these letters, we can also sense growing impatience in the Works service department’s responses to Reyersbach’s requests as the Works department was at maximum capacity with all of their competition duties. One particular letter, dated September 4th 1933, addresses Mr. Reyersbach’s complaint that his K2 lacked performance. The service manager was politely defensive of the car’s capabilities, and directed the owner to contact Marshall Superchargers of London who would be most interested in fitting a blower to the 1,100 cc inline six – as they had to competition spec K3s. Mr. Reyersbach obliged, and we can only assume was quite happy with the results……………………………. 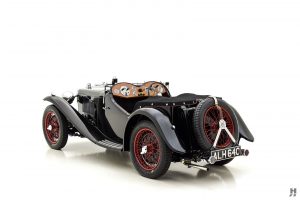 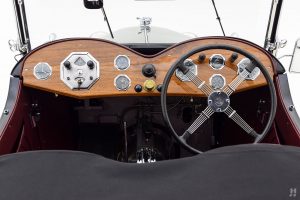 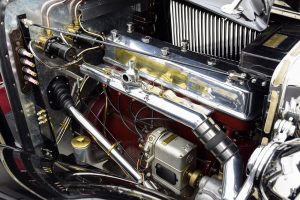 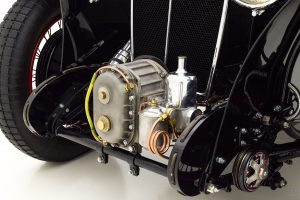