Fresh from 40 years of continuous ownership and recently restored to a high standard. One of 311 model 905s built, and one of the most desirable Packards of the Classic Era.​

This 1932 Series 905 Twin Six Coupe Roadster is a beautifully restored example of Packard’s twelve-cylinder flagship, recently out of forty years of continuous ownership by a noted collector and enthusiast. Records show that when the previous owner acquired this car, it wore original five-passenger sedan coachwork. Concurrently, he also owned an original and unrestored 8-cylinder 903 with factory-original Coupe Roadster coachwork. When the time came to restore the cars, he carefully removed the respective bodies from the firewall back and exchanged them between the two vehicles. He noted that the Coupe Roadster body’s mounting points aligned perfectly with those on the 142-inch wheelbase Twin Six chassis, and no modifications were necessary. Because of the ease of interchangeability between bodies, marque historians believe that Packard dealers of the period employed these very same techniques to meet customer demands for particular body and chassis combinations. The result of this project is an all Packard-made Twin Six Coupe Roadster, widely regarded as the holy grail of the early twelve-cylinder production models.​ 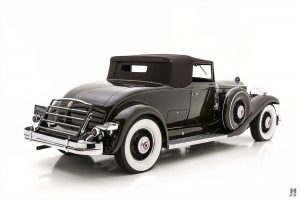 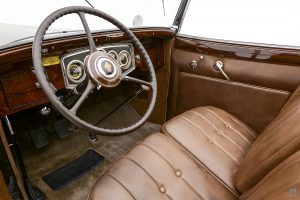 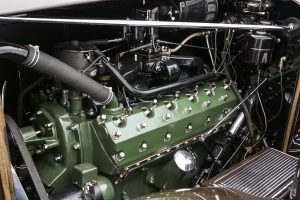