One of the most distinctive and stylish of Buehrig’s designs is featured here on car number J-354, one of just two Model Js fitted with the fabulous and sporting Victoria Coupe coachwork. Built atop a short-wheelbase chassis and realized in the metal by Judkins Company of Merrimac, Massachusetts, this coupe counts among the sportiest of closed Duesenbergs and it was one that Mr. Buehrig was particularly proud. He achieved the breathtaking proportions by utilizing the short, 142.5-inch wheelbase chassis, and adopting a unique seating arrangement. Alongside the driver’s seat was a small jump seat, with a two-passenger bench and built-in hat box in the rear. There are subtle differences between the two Victoria Coupes built by Judkins (J-333 and J-354). Buehrig described J-354 in his autobiography “Rolling Sculpture,” and this is the only one of the two that incorporates all of the features of his original design, such as the folding front jump seat.

Marque experts have thoroughly documented the history of J-354. Sold new in September 1932, the first owner was Mortimer Warren Loewi, a successful New York financier who supported the development of America’s earliest television networks. Mr. Loewi enjoyed his $14,750 Duesenberg for only a short period before selling it to Hilton Motors of New York in August of 1934. The second owner is believed to be C.M. Peele, who also traded it back Hilton Motors in relatively short order. S.F. Williams then bought J-354 and kept it until 1943, selling it to Norvin T. Harris, an officer in the United States Army. Harris enthusiastically drove the Duesenberg from New York to his home in Louisiana. When he was deployed to fight in World War II, he stored the car at Camp Claiborne (or possibly Camp Polk). In 1949, the magnificent Duesenberg resurfaced at a used car lot in Harris’ home town of New Orleans, where it was snapped up by Dr. R.B. Dunham of Corpus Christi, Texas. Dr. Dunham kept the car for a few years before it traded to fellow Texan David Pennington. A noted Duesenberg enthusiast and ex-fighter pilot, Pennington owned several examples over the years. At least one historical record suggests he swapped the engine with that from J-223, a LeBaron-bodied Sweep Panel Phaeton which he also owned. However, it is important to note that at some point they were swapped back, as this car’s bell housing and crankshaft carry number 354. 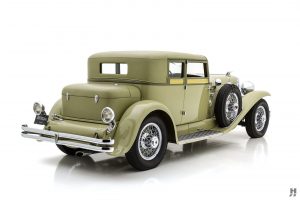 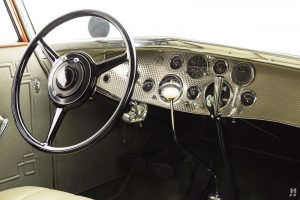 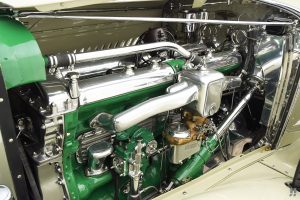 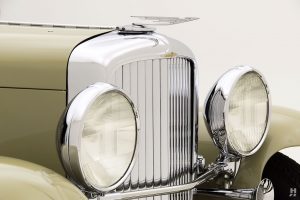