According to documents supplied by the Rolls-Royce Foundation, chassis number S209PR is the 32nd from the last Springfield car completed, and was originally delivered on January 13th 1934 to S.J. Gaines, wearing the same elegant Brewster Newport town car body it wears today. After just over a year with Mr. Gaines, S209PR was sold to Miss. Belle Bacon of Massachusetts and one short year after that, the car found a longer term home with Ira Morris Nelson and his wife Constance L. Morris (herself of the legendary de Rothschild family and the former Mrs. Paul Guggenheim). Mr. Nelson was a prominent Chicago meatpacking heir, philanthropist as well as a diplomat. The car remained with Nelson until 1946, when it was acquired by York L. Wilson of Washington D.C. The transaction is well documented with numerous letters between Mrs. Nelson’s personal secretary and Mr. Wilson.

Still very much in fine running order, the handsome Rolls-Royce remained with the Wilson family for many years. Family photos show the Phantom I with Wilson’s daughter, Minerva Wilson, while she was in college in the late 1940s – making mention that it became her unofficial class mascot! Minerva Wilson would go on to become a very prominent attorney in her own right, and one of her subsequent law partners, Stanley M. Franklin, would become the next owner of this wonderful Rolls-Royce. Mr. Franklin acquired S209PR from the Wilson family in 1978, with photos showing the car being pulled from a lockup in Washington D.C., across from the Bulgarian Embassy. The photos depict the car in complete state, still wearing its original Brewster coachwork, albeit a bit tired by this point and in need of restoration.

Stanley Franklin immediately recognized the importance and rarity of the car. He researched a great deal of the history and was an active member of the Rolls Royce Owner’s Club. Franklin commissioned the complete restoration of the car with White Post Restorations beginning in the early 1980s. By 1986, S209PR was in the hands of Robert Pell of LaHabra, California who completed the restoration to very high standards. The restoration proved to be a supremely expensive undertaking, topping $250,000. Pell, who owned the car through 2000, continued participation in the RROC, and the car would win awards with the AACA and CCCA as well………………………. 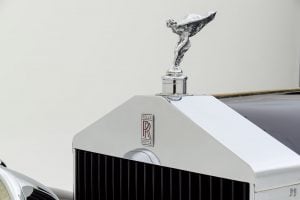 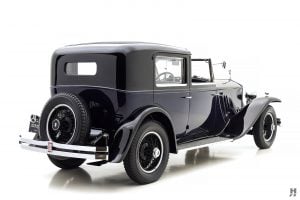 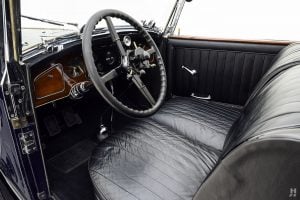 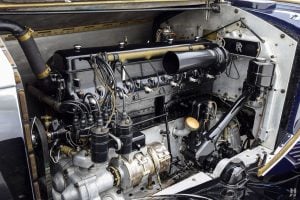