According to registry and build sheet data, this car was completed by Fleetwood and shipped to Mabbett Motors of Rochester, New York, on September 18, 1931. Little else of its early history is documented, until it resurfaced in the 1960s when “Cadillac Jim” Pearson of Kansas City, Kansas, acquired it from Mr. Lou Moore of State College, PA. Pearson was one of the pioneering characters of the car-collecting hobby, and he saved numerous classics from the scrap-heap when the general public considered them little more than “used cars.” In the 1970s, another renowned collector, Mr. Dick Gold of Minnesota, bought this Cadillac from Jim Pearson, and it is believed he commissioned a full, nut-and-bolt restoration. Besides being a respected expert and collector, Mr. Gold also served as the CCCA President. After restoration, the Cadillac earned both AACA National First Prize and CCCA Senior First Prize awards and appeared at prestigious concours events for decades after. Gold sold the car in the late 1980s, before it was passed to a European collector. Subsequent owners included a roster of well-known and respected enthusiasts who maintained the car in excellent condition through the years. 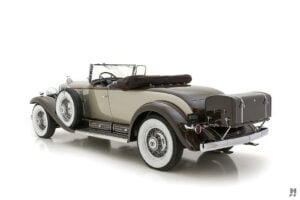 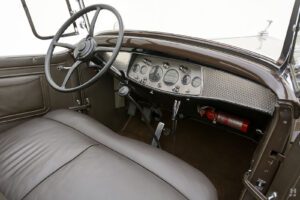 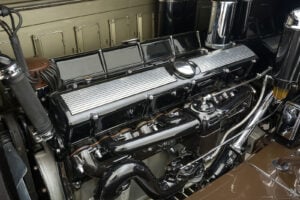