A well-known and much-loved example with breathtaking coachwork by Castagna. Meticulously restored to exacting standards over a 25 year period by John Nagle. Ex-Noel Thompson collection. Featured in numerous books and publications.​

Full of charisma and imposing presence, this 1930 Isotta-Fraschini Tipo 8A SS is well known in collector circles as one of the most correct and meticulously restored examples extant. In the 1950s, chassis number 1643 belonged to Ferris Alger of New Hope, Pennsylvania, known as one of the founding members of the Classic Car Club of America. Described by some as an eccentric, Alger kept many important classics scattered about his New Hope property. Among those cars were two Isotta-Fraschinis – a town car in the barn and this Castagna-bodied convertible coupe kept out in the yard. Around 1952, a young car enthusiast named John “Jack” Nagle first spotted this spectacular Castagna-bodied Isotta parked outside the International Motor Sports Show in New York City. Nagle fell in love with the car and vowed to own one someday.

Two years later, while traveling through New Hope, he was shocked to see the complete Isotta #1643 sitting in Ferris Alger’s yard, along with a sign that read “Danger… Keep Away.” Naturally, he did what any self-respecting car enthusiast would do – ignore the warning and try to buy the car. He was met with a resounding NO, but Alger did at least show him the car. In fact, over the coming years, Nagle regularly visited with Alger about the Isotta and other vehicles, and Alger was more than happy to share his vast knowledge with his young friend. Finally, after eight years of cordial visits, Alger finally agreed to sell the Isotta to Nagle, on the premise that it would be restored. 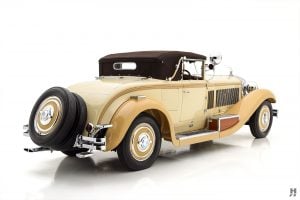 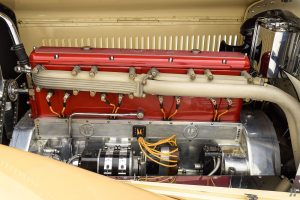 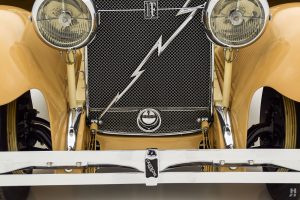