A great example of the iconic sixteen cylinder Cadillac. Pleasingly mellowed since restoration and ideal for touring.

Upon the introduction of the stunning new Series 452 V16 at the New York Auto Show on January 4th 1930, Cadillac assumed the command of the hotly contested American luxury car marketplace. With this, the world’s first purpose-built V16 engine, Cadillac triggered a “cylinder war” among its competitors, but despite the best efforts from the likes of Packard, Marmon and Pierce-Arrow, Cadillac maintained a firm grip on its crown. The centerpiece of the new car was of course the Owen Nacker-designed 452 cubic-inch overhead valve 45-degree V16 that delivered its incredible 175 horsepower with unrivaled smoothness and panache. Not only was this a powerful engine, but it was also beautiful, with particular effort given to hiding the plumbing and wiring while and dressing the engine with black enamel and polished metal. Cadillac preferred not to publish performance figures for the Sixteen, rather letting the car speak for itself, which it did so quite handily. Many independent coachbuilders made their mark on this magnificent chassis, but most clients selected from the wide variety of custom-catalog bodies offered by in-house coachbuilders Fleetwood and Fisher; which today are no less elegant or desirable. 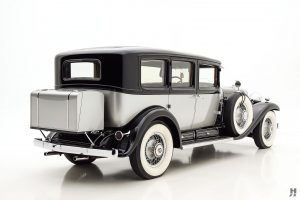 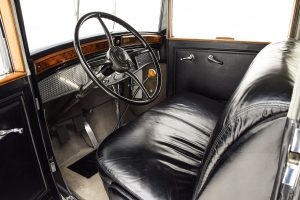 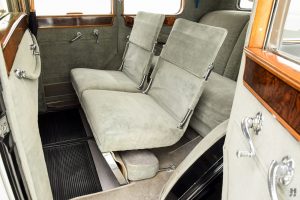 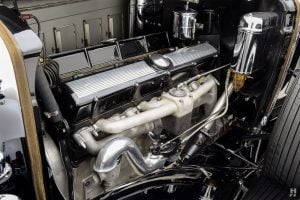