Sold new via the Chicago Cadillac distributorship on March 14, 1930, this Cadillac V16, serial number 700503, wears Fleetwood’s exclusive and beautiful five-passenger All-Weather Phaeton coachwork, style #4380. This marvelous example of Cadillac’s esteemed flagship has well-documented history from the time it was delivered. It stayed in Chicago until the early 1940s when it was purchased by Willy Christi, who brought the car to California. He cared for it and maintained it in original condition until his passing in 1988. Through the estate, Jim Pearson of Kansas City was able to acquire the car. Known to many as “Cadillac Jim,” Mr. Pearson was an authority on classic Cadillacs, a charter member of the Cadillac LaSalle Club, and a stalwart of the Antique Automobile Club of America. Since first learning about the car in the 1960s, Pearson knew it was one of only a handful of V16s to be relatively untouched and complete with original coachwork, and he was thrilled to acquire it after twenty years of trying. After a brief period, the car then changed hands to another well-known Cadillac enthusiast, Mr. Bud Tinney who, in the late 1990s commissioned Lloyd and Jeff Brekke of Lloyd’s Restorations to perform a concours-quality restoration to original factory specifications, with careful attention paid to preserving this car’s numerous original components.​ 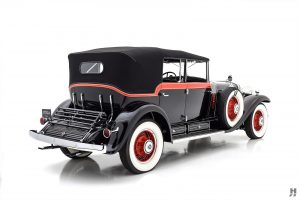 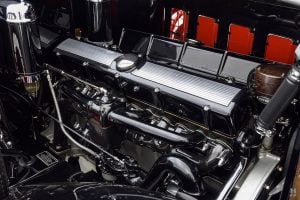 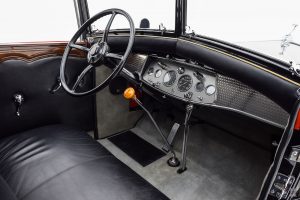