A gorgeous example of Cadillac’s groundbreaking 1920s flagship. Recognized by the CCCA as a Full Classic and eligible for CARavan Tours. A powerful and refined Gatsby Era touring car.​

This 1925 V-63 Phaeton is a rarely-seen example of Cadillac’s technological tour de force. According to factory records, this car left the factory on the 21st of May, 1924, destined for Munger Auto Co. of Dallas, Texas. Copies of the original ledger show the first owner was J.A. Russell, also of Dallas. This car remained in Texas for nearly all of its life, trading hands early on to Earnest McCanless, another local resident, who owned the car from the mid-1920s through 1942, when he sold it to Charles Gharis. In 1966, Gharis sold the Cadillac to Charles Matthews of Waxahachie, Texas who restored the big V-63 and enjoyed it for many years.  In the 1970s, Matthews parked the Cadillac in his barn, and it remained there until after his passing. In 2010, the Campbell family (also of Texas) acquired the Cadillac from the Matthews estate and treated it to a high-quality cosmetic restoration including a new top, interior, and restored artillery wheels.​ 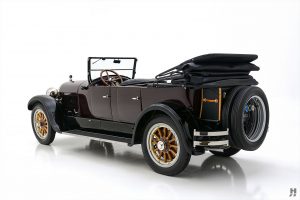 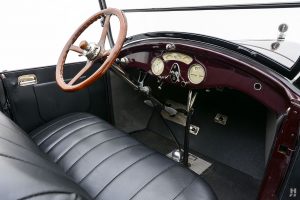 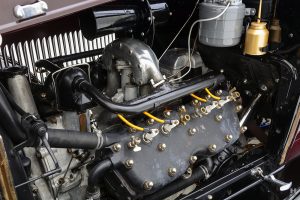