Our featured 1915 Silver Ghost is chassis number 30ED, a mid-production G-Series model fitted with unique and striking coachwork. Nicknamed “Dragonfly” as much for its purposeful styling as its iridescent green paintwork, this fabulous motorcar is built with a focus on spirited driving. Beautifully finished and detailed, 30ED is an alluring prospect for any enthusiast seeking a rapid and exciting machine for veteran car touring. Documents provided by the current owner as well as the Rolls-Royce Foundation reveal that chassis 30ED has led a rich and fascinating life. Interestingly, the file includes two factory invoices, the first showing the car initially slated to receive Barker coachwork for a member of the Nobel Family in Russia. For unknown reasons, that order was canceled and a second invoice shows the car was sold on August 9, 1916, to a Mr. Loewenstein. Equipped with limousine coachwork and registered R2503, this Silver Ghost traded hands among various English and Welsh owners into the late 1920s. By the 1930s, the car made its way to the city of Tangiers, Morocco. As is typical with many Ghosts, the chassis had already outlived the coachwork, and later in the decade, it was still in Morocco serving as a breakdown recovery vehicle!

By the 1960s, 30ED was in France and reportedly configured as a torpedo-style tourer. It was sold via a Christie’s auction in 1970 and returned to England after that. In 1978, Mr. John E. Tanner mated an existing Melhuish & Co. Canopy Brougham body to the chassis and continued to enjoy the car. The current configuration is courtesy of Mr. H.J.T. Channing of Guernsey, England, who acquired 30ED in 1993. In 1998, he commissioned a full restoration and the construction of this marvelous Skiff-inspired, dual-cockpit coachwork. Mr. Channing showed the car in England and seemed to have used it in Veteran Car Club events, as it proudly displays its V.C.C. registration plate. Channing sold the Ghost to noted American Rolls-Royce enthusiast Don Meyer in 2005, who imported it to the USA. The current owner acquired the car from Meyer shortly after that and has continued to care for and cherish it as part of his extensive collection. 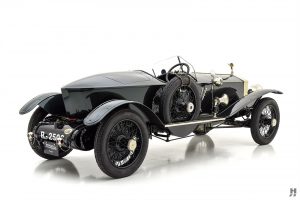 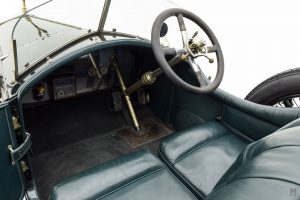 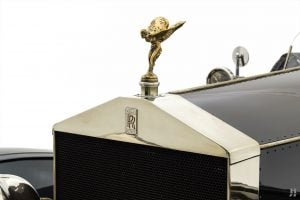 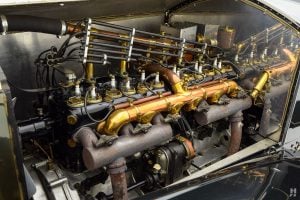