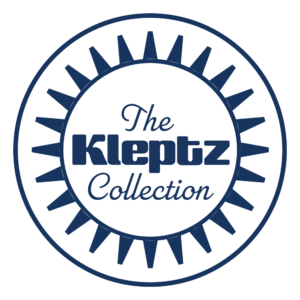 Like so many fellow enthusiasts, Frank Kleptz of Terre Haute, Indiana, was born to be a “car guy.” His father, Andy, had a passion for cars, particularly for Chrysler & MoPar products, which he passed to Frank at a young age. Working for many years as a maintenance machinist for Pfizer, Frank fostered his innate ability to make or repair just about anything mechanical, and his incredible skill, ingenuity, and creativity are present throughout this extraordinary collection.

The Kleptz Collection’s origins are intriguing as the man himself. It all started with a 1941 Graham Hollywood sedan, which Frank customized himself and showed around Indiana with great success. But after getting cheated out of the prize money for a significant award at the Indianapolis Autorama, a disheartened Frank sold that Graham and quit working on old cars – seemingly for good.

It wasn’t until the late 1960s when another Graham Hollywood sedan lured Frank back to the fold. The 18-month restoration became the catalyst which reignited Frank’s lifelong obsession with automobiles, and from there, the collection grew. Frank often bought and restored cars to sell to afford more prestigious pieces. Even as his career advanced, he remained as hands-on as ever, with his son David joining the quest to curate a magnificent collection of the world’s most significant Chryslers, high-performance brass-era cars, and other unique motorcars.

Through their numerous Great American Race appearances and at countless shows and concours events around the country, Frank, often with his son David alongside, became mainstays of the classic car community. Now, a decade since Frank’s passing, the time has come to pass Frank’s collection to new caretakers who will honor his legacy through the preservation and celebration of these most extraordinary machines.